As seen in HemOnc Today

For Thomas J. George, MD, FACP, being an ally to his female colleagues means challenging the status quo. 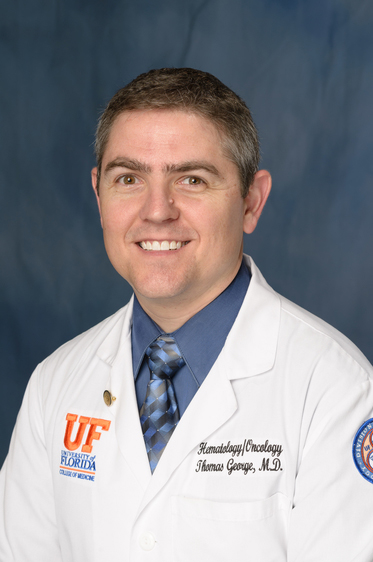 “I have pledged ‘he for she’ as a professional priority,” George, director of the gastrointestinal oncology and phase 1 program at University of Florida, said in an interview with Healio. “I use my voice to counter those who argue that the processes and policies that systematically disadvantage my female colleagues, like the promotion and tenure clock, are just fine the way they are.”

George said he envisions his approach to bolstering the careers of his female colleagues as “concentric circles” of support. In this installment of Women in Oncology’s “Oncology Allies,” a HeForShe effort, George discussed the three main ways in which he champions women in oncology.

At the interpersonal level, George said he utilizes any opportunity to mentor female oncologists or trainees, citing the pivotal influence of his own mentors.

“My own professional success has been enhanced and accelerated with the help of some great mentors, so I know firsthand the benefit of having colleagues provide guidance, sage advice and a healthy dose of reality,” he said. “Therefore, I make time for and prioritize this important one-one-one professional relationship with all of my mentees.”

George said he is especially mindful of the frequently demanding schedules of his female mentees and makes an extra effort to be flexible in meeting with them.

“I acknowledge that many [female mentees] are managing a juggling act of personal and professional responsibilities,” he said. “So, the least I can do is not burden anyone with additional and otherwise unnecessary challenges in meeting.”

At a systemic level, George said he seeks to level the playing field for recognition in academic and clinical environments.

“My goal at this level is to help create an environment where the accomplishments of female colleagues are seen and celebrated,” George said. “Because of my leadership positions, I have the opportunity to ensure programs, panels and symposia have equal, if not excess, female representation.”

George also emphasizes the accomplishments of his female colleagues by recommending them for leadership roles and publicity.

“I advocate and promote female colleagues to be included in recruitment and retention programs, marketing materials, newsletters, news stories and leadership positions,” he said.

One of the systemic challenges that George finds problematic is the timeline used in academia to measure productivity, particularly in terms of promotion and/or tenure.

“Academic productivity in medicine that supports promotion and/or tenure is measured on an ‘academic clock,’” he said. “The clock begins on day 1 of a faculty appointment. All faculty are held accountable to progress relative to this clock, with achievement of certain publication numbers, grant attainment, reputation achievement and overall productivity benchmarked against this clock.”

Failure to hit these benchmarks on the timeline may preclude faculty from continued resources, leadership positions/advancement, promotion or even employment renewal, he said.

The academic clock often runs in parallel with the biological clock that female clinicians might consider when planning a family.

“This leads to many junior female colleagues who may have already delayed starting families due to training requirements to rapidly fall off adherence to the academic clock schedule,” he said. “This system could be easily adjusted by allowing the academic clock to stop during any maternity leave, with additional buffer upon to return to work, as well as by extending the overall clock benchmark time points to allow more time for junior female colleagues to achieve the same metrics as their male peers, just in a slightly delayed manner.”

Thomas J. George, MD, FACP, can be reached at tgeorge@ufl.edu.